Yesterday was exactly one year since this engine came into my possession and I started this project. Now if I was organised and had gone at it hammer and tongs, I would probably have a running engine by now, gleaming and chugging away in the autumn sun.

However, I’m not in any race to finish it and I know I will get there, eventually!

The parts as removed from the engine 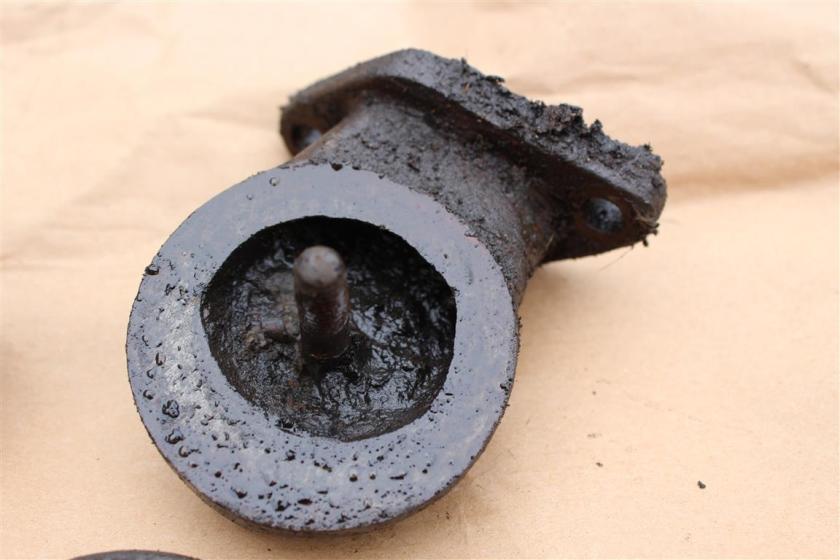 The same parts, cleaned, rubbed down and painted

This now means that all external parts have been removed from the engine. Those that were unserviceable or incomplete have been replaced and those that were ok have been cleaned up and given a coat of red oxide (where appropriate). I still have to sort out the carburettor, but I have the parts I need in order to do this. The fuel tank needs rubbing down and some small dents in it need filling before it can be painted. I also need to sort out the magneto, which now looks great but doesn’t spark. This is something that I will worry about as the restoration nears completion.

The next task is to address the pulley and flywheel which are still attached to the crankshaft. If I don’t have any joy soon, I am going to remove the nuts from behind the flywheel and extract the crankshaft, flywheel and pulley as one complete piece and worry about that later. This will allow me to finally get to cleaning up the engine block and painting it. Then it can be mounted on the trolley and the process of building it back up piece by piece can begin.