Today I had a go at cleaning up the flywheel. It’ll need a rub down before I can paint it and as you would imagine, the reverse of the flywheel was caked in grease and dirt. I put it into a large plastic crate and poured over some paraffin, and then used a scrubbing brush and a scraper to remove all the muck before wiping it down with a cloth. 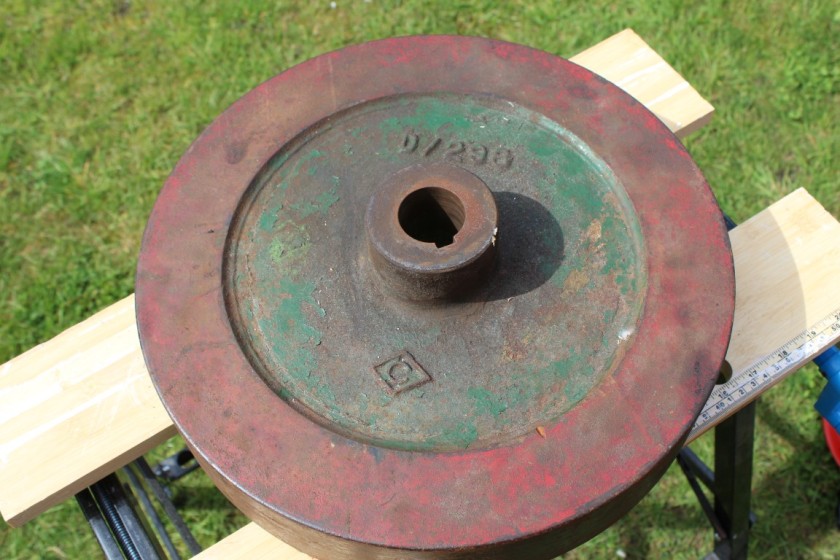 This engine is 26DH specification, so it features the heavier 14″ flywheel, which having lifted it around quite a bit, is a fair old lump! As you can see in the photo, the outside edge was painted bright red, with the other parts painted green. As my engine was manufactured in WWII (1942) I’m not sure whether it would have had the “war finish” or not. I think this was a different, lighter shade of green, and possibly not as good a finish as normal, due to the constraints placed on supplies because of the war effort.

I don’t think the red paint was a standard Lister thing. I’m guessing this was a later addition, presumably to draw attention to the flywheel being a moving part and a potential hazard. If you know different, please let me know by commenting below. 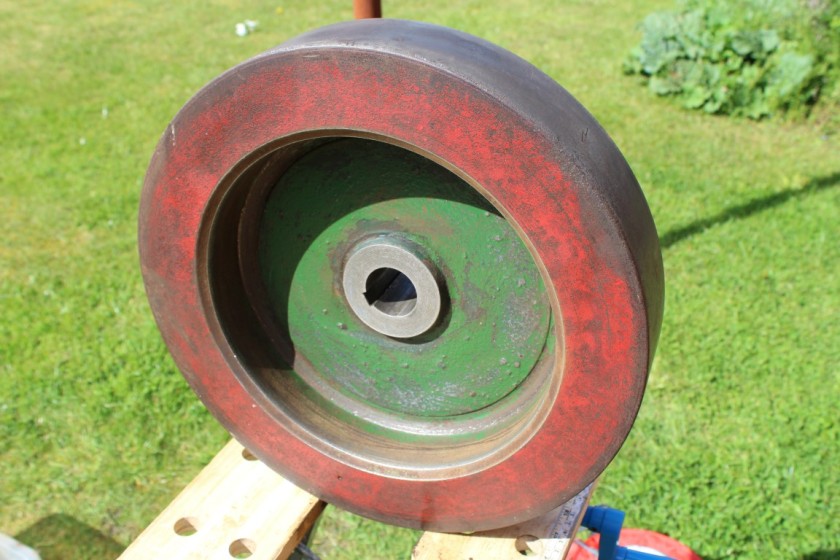 The reverse of the flywheel, with red paint still visible

The outer edge of the flywheel was left unpainted and I think that I will just clean it up and leave it the same. I was debating whether to take the flywheel to a local engineering firm and have them turn the wheel on a lathe and machine the edge to give a neat finish. I’m not sure. I think I’ll attempt to clean it up manually with emery cloth or a flap disc in the grinder, before I make my mind up. 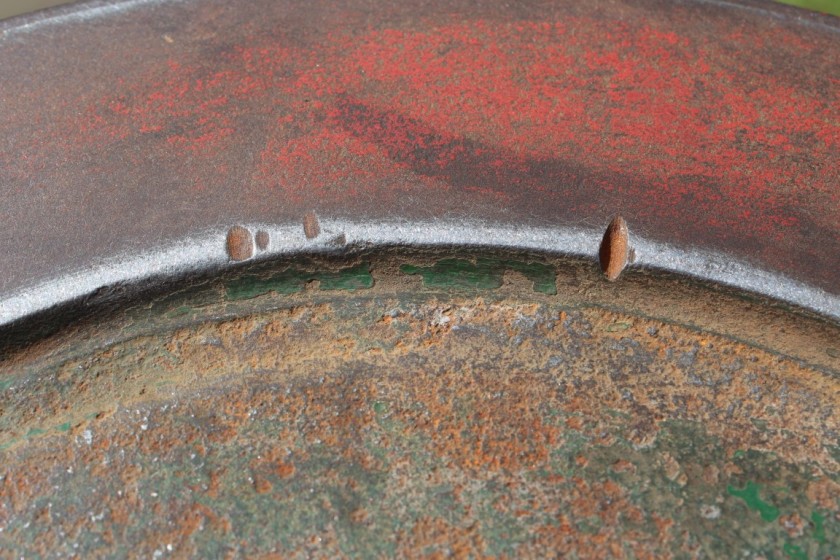 Slight damage to the face of the flywheel 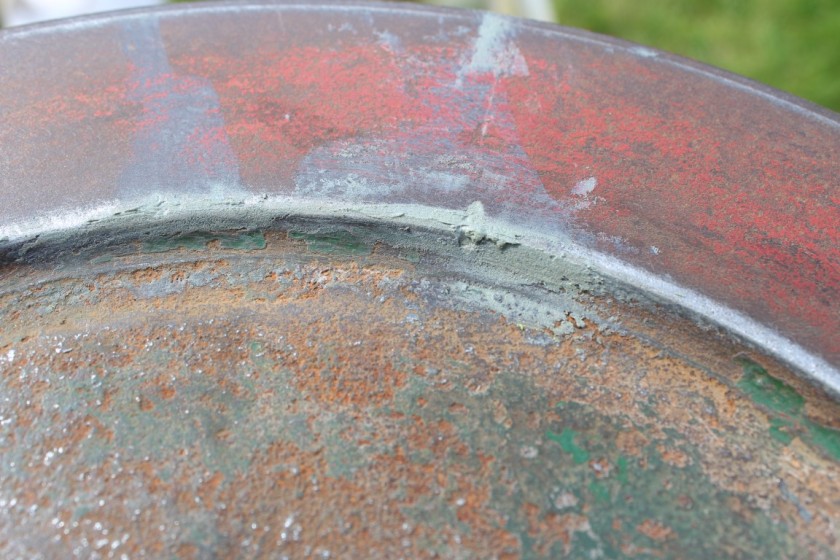 There was some slight damage to the flywheel face caused by me using the grinder to cut off the old pulley. I’ve just used some chemical metal filler (similar to car bodywork filler) to fill the marks and I’ll sand this down before applying paint.

One benefit of cleaning up the edge of the flywheel was that I was able to expose both the timing mark and the serial number, which are stamped into the surface. 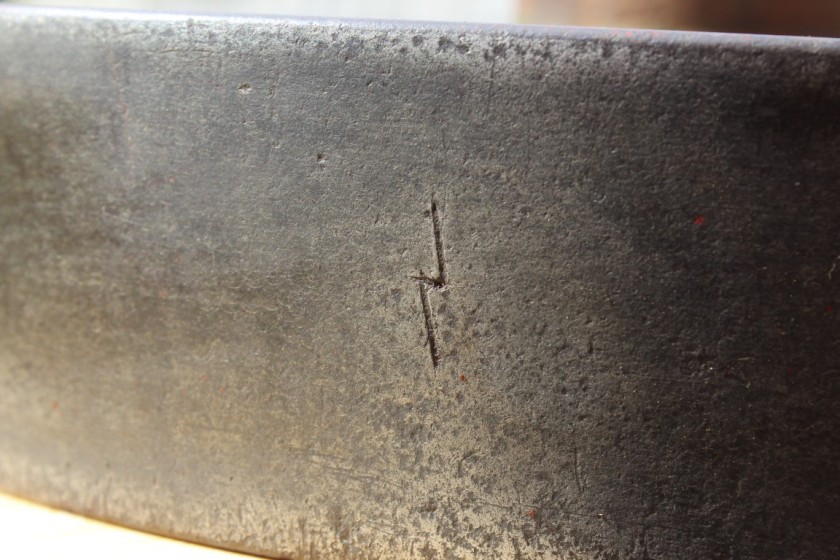