Today I have removed the old piston rings from the piston, separated the piston from the connecting rod and removed the bushes. I have decided to replace both the small end and big end bushes as it is an easy enough job. New production bushes are available to purchase online.

The old piston rings and the bushes after removal

Firstly I removed the piston rings and then the circlips on either side of the piston. It is then possible to drive out the gudgeon pin using a metal drift. To remove the brass bushes involved holding the con-rod in the vice and using a hacksaw blade to cut into the brass but not so far as to cut into the con-rod. Then using a small cold chisel and a hammer it was possible to peel away the big end bush and it then just fell out. The same method was attempted for the small (piston) end bush, but this offers less space to hit it and I ended up just driving the bush out. 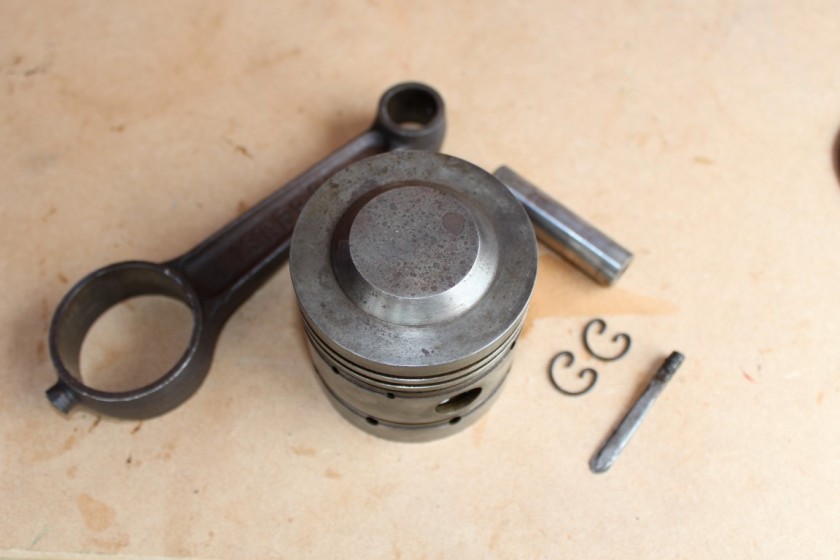 I’m not intent on replacing the steel sleeve that attaches to the crankshaft, which locates into the big end bush. It can be replaced, but I’ll have to see if there is any “play” in it once the big end bush is replaced. I had noticed a little bit of up and down movement of the piston whilst still attached to the con-rod, so if anything the small end bush was the worst worn of the two.